High quality books by Michael Jackson’s daughter Mocienne? The Court did not rule it as being impossible, therefore, that Michael Jackson is the father of Mocienne Petit Jackson—merely that it is impossible to determine through legal means. Contrary to the implication that has been drawn by members of the international press, the L.A. County Superior Court did not reject the case of Mocienne Petit Jackson in 2010 on the grounds of the case’s validity. Instead, the request to validate Ms Jackson’s claim using DNA evidence from the deceased Michael Jackson was not granted due to the fact that the State of California does not possess the jurisdiction to conduct DNA tests on the deceased. As a result, the case has remained open indefinitely.

People like to say you are mentally ill if they cannot handle the truth about something or someone. In this case that would be the truth about Michael Jackson and me, Mocienne Elizabeth. They worship artists like they are Gods and drop them like hot bricks when they become big stars. The lives of artists have shown that their stardom is an illusion that makes us want to rise above ourselves. Because I work in the healthcare I have a great interest in many organisations. I read daily about what is happening in this world. My interest in the world began when I was nine years old and I saw humanity right Gandi on the newspaper. As a small child I was so impressed about this man, it has changed my live. In the darkness of my time this man learned me to always take control of the human being of who you are inside. Gandi believed in the goodness of human and he learned me to see that, so I could respect people like Nelson Mandela, Kennedy’s and Martin Luther King and people who dedicated their live for humitarian rights, like this wonderful woman around me, politician Els Borst, who I had the pleasure to meet and I have great respect for her euthanasie law in the Netherlands.

Slowly but it certainly becomes clear to her that she does not have an ordinary father, and that he’s not the man he claims to be: a policeman. In Haiti, he visits her regularly in between performances. Her life there is certainly not about roses. Mocienne has too meet nice and less nice people and get a lot more for it Choosing her than is healthy for a child. From the perspective of the young girl we experience all kinds of adventures on the island. Mocienne’s life takes a dramatic turn after she leaves Port-??au-??Prince has moved. Not long after that, her life changes in a true nightmare … See extra information on Mocienne Petit Jackson.

An important reason for writing this trilogy is that I want the world to know that I am not obsessed with my blood tie to Michael Jackson. I also want to make clear that I fully understand how difficult it must be for thousands of fans to accept that I am his daughter. With my books, I hope to present the possibility that he started to show odd behavior because he had had a secret daughter from the age of seventeen – not an easy situation for someone like him!

Part two of Mocienne Petit Jackson’s autobiographical trilogy begins with an extensive description of Mocienne’s abduction to the Netherlands. We then read how she fares in the adoptive family where she ends up together with her niece Delivrance. Along the way, Mocienne discovers that her father is Michael Jackson. When she is fifteen years old she leaves the adoptive family, lives in a boarding school for four years and then goes to live independently. See additional info on http://www.mociennepetitjackson.com. 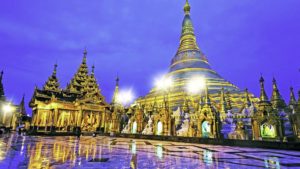